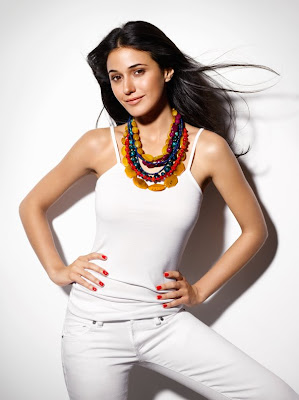 Emmanuelle Chriqui is featured in the july/august issue of Woman's Health Magazine dishing about challenges she's faced in her career, and advice on how to embrace being different. 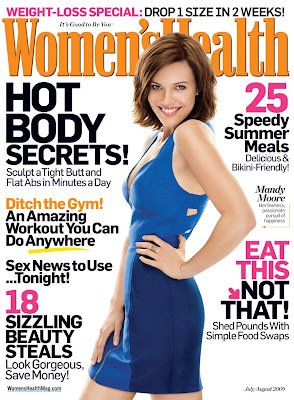 embracing her uniqueness:
"there’s been a massive shift of consciousness. we have an african american president, there’s been a huge influx of latin talent in mainstream music and film, and there's a real audience for international films like Slumdog Millionaire. guess what? the girl next door isn't necessarily blonde and blue-eyed anymore. so i don't feel like i need to morph into that all-american thing. now it's about accepting who you really are and being proud of that. when you have confidence that's what becomes attractive to other people and makes them want to work with you and spend time with you."

Emmanuelle found herself being passed over for roles that went to more conventional-looking actresses: "there have been some incredible things that i've lost out on because i don't fit the {all-american} mold. it can be frustrating."

after filming Zohan, Chriqui tried to audition for another part and the producer wouldn't see her: "it was like, 'NO – not the look we're going for.' period."

scrutinizing her exotic appearance:
"i've thought to myself, 'what hair color will make my hair look lighter but won't look weird?' or 'are these contacts i can wear to not come off quite as exotic as i am?" 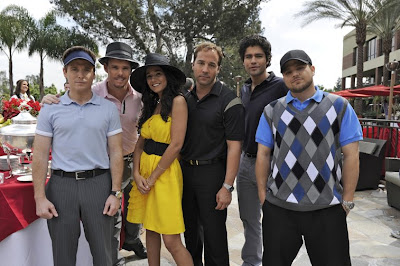 Emmanuelle’s 7 ways to be totally irresistible, just being YOU…

1. don't freak over so-called imperfections "never reveal your insecurities to a man, because nine times out of 10 they have no idea they even exist. most guys are not as observant as women are."


2. let the real you shine through "for the record: i wear makeup. all. the. time. but i do it in a way that looks natural. my skin is blotchy, and i'm mediterranean—i've got dark circles. so i need foundation and concealer. one thing i swear by is Armani Silk foundation. it offers coverage, but it breathes, so people never think i'm wearing makeup. for under my eyes, i use Touche Eclat by Yves Saint Laurent, which i love because it's moisturizing and creamy and blends into my skin without getting cakey. i also wear a bronzer—Cargo and Nars have great sun-kissed colors—just to give a little depth to my cheeks."

3. play up your best feature "i would say that my favorite part of my face is my eyes. i have very long lashes, but they're not thick, so when i apply mascara-- i love L'Oreal Voluminous—suddenly my eyes are transformed. it's cool. i've also learned a few eye makeup tricks. for example, highlight your brow bone to give your eyes a more wide-open look. also, as you're applying mascara, twirl the brush-- from the root [to the ends]-- so the color covers the whole lash for a fuller look." 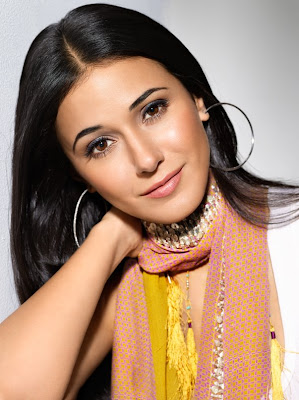 4. find a good role model "to me, natural beauty means having a real sense of confidence. i just think that there is something so incredibly sexy about a woman who takes care of herself and doesn't try to bend to be something she's not, like Robin Wright Penn, Meryl Streep, and Diane Lane. and Kate Winslet-- i mean, my God! she's gotten even more beautiful with age!"

5. develop your own sense of style "Gwyneth Paltrow and Kate Moss both have great personal style. so does Katie Holmes. it's risky, but it's a statement and i like that. in elementary school i was always transforming stuff, like turning the top of [a pair of pantyhose] into a bandeau. it was my way of expressing myself. now my look is tomboy meets hippie chic. a great pair of jeans, a t-shirt, hoop earrings, and a pair of boots or sandals, and i'm good to go. you have to be comfortable in what you're wearing, because it shows. i know what fits my body and i'm crazy particular about that. something i've been living in: my AG jeans. they're tight, boot-leg, low-waisted and holey. you can wear them dressed up or dressed down, with running shoes or sandals, whatever. sometimes i follow trends, like when the skinny-jeans craze was going on, but usually i just do what feels good to me. i'm not afraid when it comes to fashion. if i love the way something looks—whether it's ethnic, goth, or ultra sexy—i'm like, let's do this!"

6. express yourself with accessories "i love David Yurman rings, but overall, i'm much more into street jewelry. i find the best bangles and the coolest, most gigantic ornate earrings—things that you just don't see just anywhere else. i'm very even-handed when i jewel myself up. i'll either wear a serious pair of earrings or a ton of bangles, but not both. less is more."

7. be brave in your beliefs "my spirituality happens to be a big part of my life. for example, i believe that we're constantly surrounded by energy; things we don't see that guide us. so i go to a healer who uses, among other things, essential oils to align my chakras [centers of energy, according to indian medicine]. i think if you are open to this, it can be transformative; i've actually seen it in my own life. of course, here [in california], this kind of stuff isn't considered all that weird. still, i've had somebody very close to me belittle my journey. it was really difficult because i felt as though they were rejecting a really big part of me-- but, you know, it didn't make me waver for a moment."


for the whole article, be sure to check out the july/august issue of Women's Health!