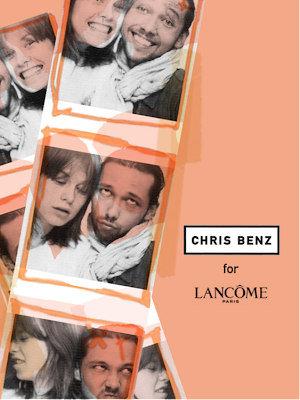 Lancome is thrilled to announce that they're bringing back the Pout-à-Porter Lipstick series! previously, the collection featured four lipsticks that were collaborations with celebrated designers Behnaz Sarafpour, Proenza Schouler, Peter Som and Thakoon. all four of the lipsticks sold out-- one Proenza Pink lipstick even sold for $122.50 on eBay.

for spring 2010 Lancome will be collaborating with emerging designer Chris Benz and hosting a lipstick naming contest (the contest was announced on Chris Benz's Facebook fan page today). this new shade will be inspired by Chris' spring 2010 collection and worn by the models at his show in september.

if you want to enter the contest, just go to Chris' facebook fan page to leave your name suggestion based on what you know about Chris and his fashion personality (hint: the Chris Benz girl is an elegant, sophisticated and feminine tomboy). the lucky contest winner will receive five of the lipsticks plus a $500 Lancome gift certificate!

Thanks for telling us!