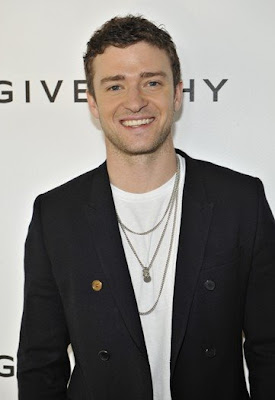 following his successful campaign debut in europe last year, Justin Timberlake will be pulling double-duty as the face of Givenchy's two men’s scents, Play and Play Intense, set to hit the the states this fall.

while the singer juggles a myriad of projects (music-producing, his ready-to-wear line, William Rast and acting projects), putting his own moniker on a fragrance bottle is not one of them. he tells today's Women's Wear Daily, "i could see doing a William Rast fragrance, but that's as far as i think i'll take it." he said, joking that "there's some level of narcissism you have to put in check" to do one. "i don't know that i would be completely comfortable with a my-name fragrance. it feels like cheating, almost. it doesn't seem like you are creating anything," he added.

read the entire article here to learn more about each fragrance and be sure to look out for the ads in your september magazines.